Let us now look at the principle of a metal laser head cutter.

Laser head cutting uses a focused, high-power-density laser beam to illuminate the workpiece so that the material being irradiated can melt, evaporate, ablate, or reach the ignition point. At the same time, the high-speed airflow coaxial with the beam blows away the molten material, thereby cutting the workpiece. Laser head cutting is one of the hot cutting methods. 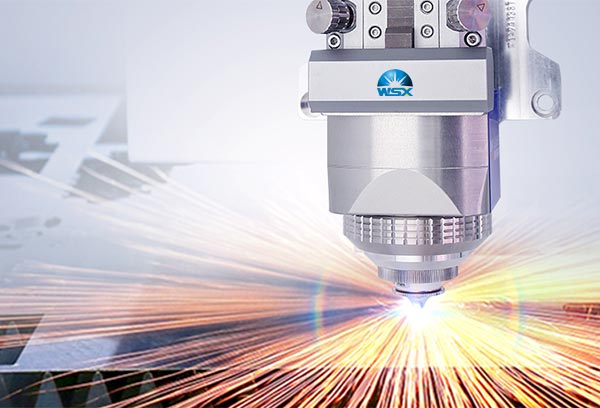 A high-energy-density laser beam is used to heat the workpiece, causing the temperature to rise rapidly, reaching the boiling point of the material in a short period of time, and the material begins to evaporate to form steam. The steam is sprayed at a high speed, and a slit is formed in the material while the steam is being sprayed. The heat of vaporization of the material is usually very large, so laser head vaporization cutting requires a large amount of power and power density.

During the melting and cutting of the laser head, the metal material is melted by laser heating, and then the non-oxidizing gas (Ar, He, N, etc.) is injected through a nozzle coaxial with the beam, and the liquid metal forms a gap by the strong pressure exhaust gas. Laser head melt cutting does not require complete evaporation of the metal, and the energy required is only 1/10 of the vaporization cut.

Laser head melt cutting is mainly used to cut materials that are not easily oxidized or active metals such as stainless steel, titanium, aluminum and their alloys.

The principle of laser head oxygen cutting is similar to oxyacetylene cutting. It uses a laser as a preheating heat source and uses an active gas such as oxygen as a cutting gas. On the one hand, the blown gas reacts with the cut metal to generate an oxidation reaction and releases a large amount of heat of oxidation; on the other hand, the molten oxide and the melt are blown out from the reaction zone to form a gap in the metal. Since the oxidation reaction during the cutting process generates a large amount of heat, the energy required for oxygen cutting of the laser head is only 1/2 of the energy required for melt cutting, and the cutting speed is much higher than the cutting speed of the laser head evaporation cutting and melt cutting. . Laser head oxygen cutting is mainly used for easily oxidizable metal materials such as carbon steel, titanium steel and heat treated steel.

Controlling the fracture is a steep temperature distribution generated during the grooving process of the laser head, which generates local thermal stress in the brittle material and destroys the material along the small groove.